AeroHance Pods force more air behind. This reduces the difference in pressure between the streamwise flow coming across the roof and sides and the wake region. It also lessens the turbulence or drag resulting from the change in pressure. Engines do not have to work as hard and that saves fuel.

AeroHance Co-Founder Bob Evans is a visionary, an entrepreneur, award-winning designer, and industrialist. He is also an acclaimed underwater photographer with a portfolio that includes thousands of images from photo-documenting offshore projects, marine life and marine eco-systems. Through decades of observation, he honed a unique ability to visualize light and motion, and fluid flow. When Bob studies an object he sees it not only in space but also the space surrounding and affected by it. This has led him to develop many paradigms busting and award-winning products. 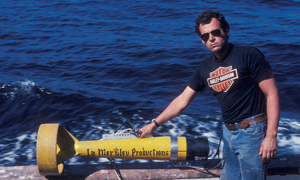 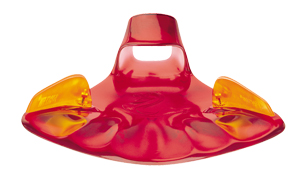 (1) Bob Evans with Underwater Camera System (2) Red Tan Delta Extra Force Fin, with Vortex Generators on Underside and Trailing Edge Contours inspired by whale tubercles. Part of the collections of the Costume Institute of the New York Metropolitan Museum of Art, circa 1997. 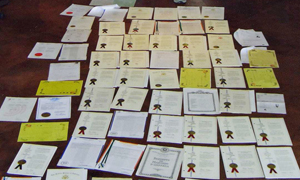 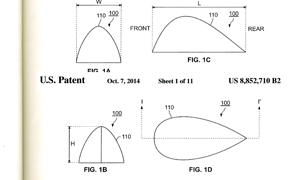 Evans’ perspective is rooted in visualizing the effect imparted by the object. It is a theme of the many solutions he has developed throughout his life. Evans was able to distinguish imparting a propulsive wave pattern claimed in his first patent US Pat Nos. 4,857,024 (1989) and 4,929,206 (1990) over prior art of a fin structured with a wave pattern. Wilens US Pat No. 2,423,571 (1947) 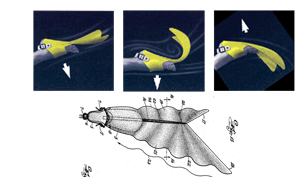 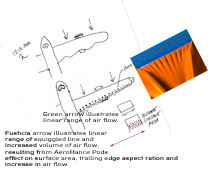 Using the same logic, AeroHance Pods are patently distinct from vortex generators. Vortex generators are objects that address flow separation that disturb the air just enough to reattach. AeroHance Pods enhance and accelerate air flow increasing the volume forced into the wake region. This raises its pressure and moves the longitudinal vortices associated with it further back away from the vehicle. The result is a lessening in turbulence or drag. AeroHance Performance is measured by these changes in air flow and a resulting reduction in vehicles’ drag coefficient. 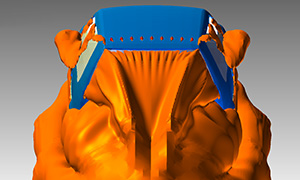 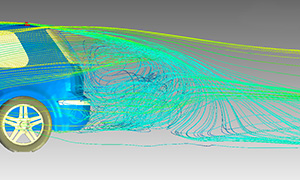 AeroHance Pods reduce the turbulence that forms where high pressure streamwise air flow coming across the top and sides meets the low pressure behind. That turbulence or drag pulls back against forward momentum, requiring the engine to work harder and burn more fuel. 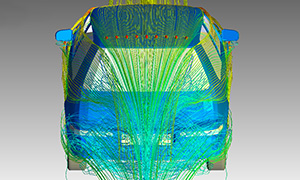 Place a kit of AeroHance Pods across the rear roof of passenger vehicles or along the rear side rails of trucks and more air is forced into the wake region. This reduces the difference in pressure between the streamwise flow and wake region, along with its resulting turbulence or drag. Engines do not have to work as hard and that saves fuel.

Get Into the Flow

Take A Load Off Your Engine